The landscape area “Veclaicene” was formed in 1977 to preserve and protect the characteristic cultural landscape and natural values of the northern Vidzeme. The highest hilltops of Veclaicene rise 230-270 m above the sea level (Dēliņkalns – 271.5 m, Sauleskalns – 266.7 m, Drusku castle mound – 247 m).

The Drusku castle mound is a national monument of archaeology. It is located in a hilly area on the northern shore of Lake Pilskalna. The archaeological excavations in 2007 showed that the castle mound has had two periods of inhabitation: 1000-2000 years B.C. and the 7th-10th centuries.

To reach the castle mound you have to walk along the nature trail starting at the Veclaicene administrative house. The length of the trail is 3.5 km. The information panels along the trail acquaint with the natural and historical values of the surroundings. On the top of Dzērves Hill there is a 27 metres high sightseeing tower, but on the top of Drusku Hill there is a landscape panel that helps to recognise up to 60 m distant objects in Estonia including the highest hill in the Baltic, Suur Munamägi. On the highest point – the top of the Drusku castle mound there is a place of recreation.

The Drusku castle mound is specific because of its south-western slope which towards the lake is extraordinary steep and high rising about 90 m above the water level of the lake. None of the castle mounds in Latvia has such a steep and high slope. 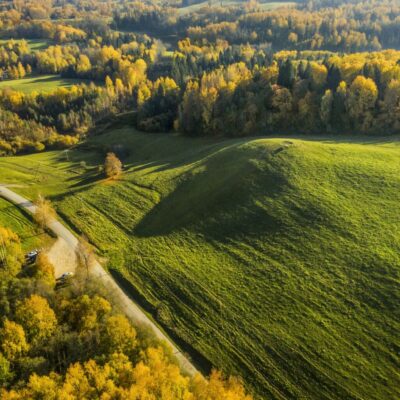 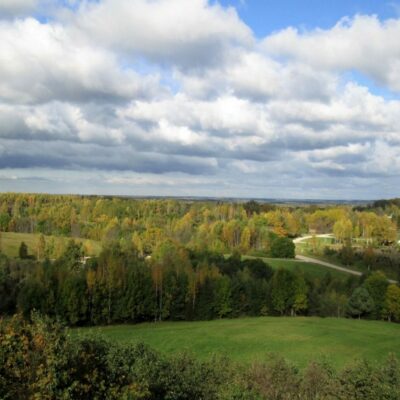 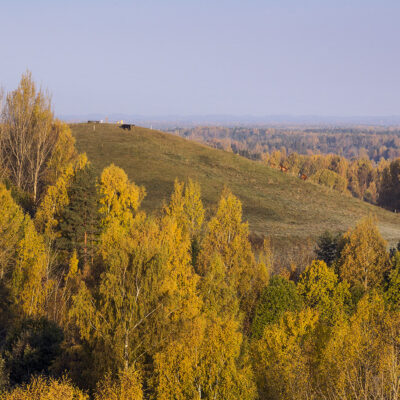 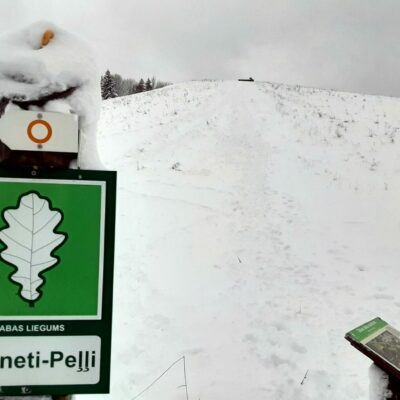 Cultural History, Nature rezerve “Korneti – Peļļi” Māra’s Footprint Stone
We use cookies on our website. By clicking “Accept All”, you consent to the use of ALL the cookies. However, you may visit "Cookie Settings" to provide a controlled consent. Read more
Cookie settingsRejectAccept All
Manage consent

This website uses cookies to improve your experience while you navigate through the website. Out of these, the cookies that are categorized as necessary are stored on your browser as they are essential for the working of basic functionalities of the website. We also use third-party cookies that help us analyze and understand how you use this website. These cookies will be stored in your browser only with your consent. You also have the option to opt-out of these cookies. But opting out of some of these cookies may affect your browsing experience.
Necessary Always Enabled
Necessary cookies are absolutely essential for the website to function properly. These cookies ensure basic functionalities and security features of the website, anonymously.
Functional
Functional cookies help to perform certain functionalities like sharing the content of the website on social media platforms, collect feedbacks, and other third-party features.
Performance
Performance cookies are used to understand and analyze the key performance indexes of the website which helps in delivering a better user experience for the visitors.
Analytics
Analytical cookies are used to understand how visitors interact with the website. These cookies help provide information on metrics the number of visitors, bounce rate, traffic source, etc.
Advertisement
Advertisement cookies are used to provide visitors with relevant ads and marketing campaigns. These cookies track visitors across websites and collect information to provide customized ads.
Others
Other uncategorized cookies are those that are being analyzed and have not been classified into a category as yet.
SAVE & ACCEPT
Skip to content