In the middle of the 18th century German barons chose the beautiful place between Lake Ievas and Lake Dzērves for the construction of a manor.

The manor was sold and bought several times. The Alūksne governor, Helsreis, handed the manor over to V. Fogelsang, and due to his son-in-law, Schreiber, the manor got its German name – Schreibershof.

After the Russo-Japanese War and the revolution of 1905, the manor was obtained by a Romanian, George Stalmati-Churea who had managed to make his fortune during the disorderly time of revolution as he had had an access to the army cash. The Romanian was not an economical person but as he had a lot of money he ordered a construction of a beautiful palace with 60 rooms and a three storeyed tower. To change the neighbouring barons’ attitude towards himself he also bought the title of earl.

The life of the palace was very short. Its slapdash construction and raw materials developed dry rot in the walls, and the building began to collapse. In the 1920s, the owner ordered to tear it down and sell into pieces in public auctions. Even today the library of the parish as well as some houses of local inhabitants boast of Dutch stoves and furniture obtained from the palace.

Nowadays we can still see some of the household buildings of the manor, but the only traces from the palace are five decorative corner pillars. There has been an attempt to blow one of the pillars up to get its bricks, but in the result of the explosion the pillar crumbled in such small fragments that it was no possible to get any good construction material therefore the rest of the pillars remained untouched.

The first Guards’ House (Guards (Latvian: Aizsargi) was a paramilitary organisation in Latvia between 1918 and 1939) was arranged in the Korneta manor inn built in the 19th century. It was called “Vainags” (the Wreath). The leader of the Guards was Edgars Miezītis.

The Guards organised different entertainment events: there were dance parties with brass band music, theatre performances and beauty contests. There was also a library, an accommodation place and a stable where those who stayed over the night could leave their horses.

The construction of the new Guards’ House that is still there between the lakes was launched in the autumn of 1939. The stones of the inn were laid in the foundation of the new building. The construction was finished during the period of the German occupation, and the board of the parish started its work there.

In 1945 when the soviet regime consolidated, a library and a folk house with a spacious hall were accommodated in the building. Through the years the executive committee of the village as well as the board of the rural district were located there. When small collective farms were merged together in 1950, the building housed the office of the collective farm “Oktobris”, but in 1970 – the office of the collective farm “Veclaicene”. There has also been a register office, a shop and several flats for local inhabitants.

Today the former Guards’ House provides the premises for the rural district administration, library and tourist information point as well as the parish history depository.

At the end of World War II, the German army considered the Korneti valley to be an appropriate place to form a defence line, and started to implement their plan, but an active warfare did not take place there.

In the beginning of the 1920s during the consolidation of the Republic of Latvia the borderline between Latvia and Estonia was planned along the lakes of Korneti. For a short period Korneti was located in the territory of Estonia.

1. Foto – The construction of the new Guards’ House in Korneti. 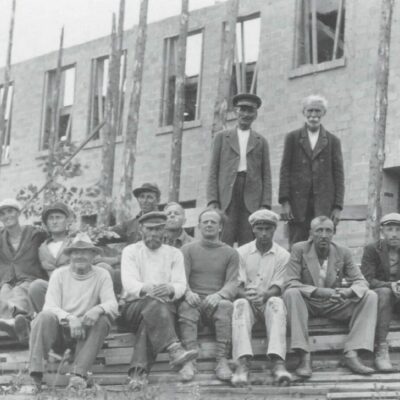 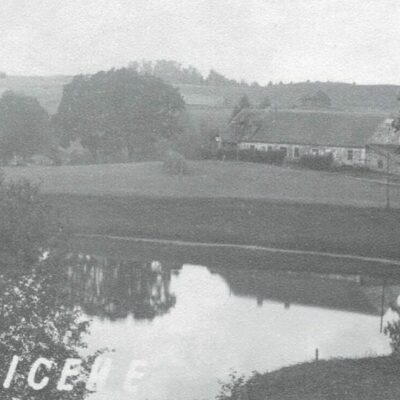 Mišu Honey Museum Ziemera Manor
We use cookies on our website. By clicking “Accept All”, you consent to the use of ALL the cookies. However, you may visit "Cookie Settings" to provide a controlled consent. Read more
Cookie settingsRejectAccept All
Manage consent

This website uses cookies to improve your experience while you navigate through the website. Out of these, the cookies that are categorized as necessary are stored on your browser as they are essential for the working of basic functionalities of the website. We also use third-party cookies that help us analyze and understand how you use this website. These cookies will be stored in your browser only with your consent. You also have the option to opt-out of these cookies. But opting out of some of these cookies may affect your browsing experience.
Necessary Always Enabled
Necessary cookies are absolutely essential for the website to function properly. These cookies ensure basic functionalities and security features of the website, anonymously.
Functional
Functional cookies help to perform certain functionalities like sharing the content of the website on social media platforms, collect feedbacks, and other third-party features.
Performance
Performance cookies are used to understand and analyze the key performance indexes of the website which helps in delivering a better user experience for the visitors.
Analytics
Analytical cookies are used to understand how visitors interact with the website. These cookies help provide information on metrics the number of visitors, bounce rate, traffic source, etc.
Advertisement
Advertisement cookies are used to provide visitors with relevant ads and marketing campaigns. These cookies track visitors across websites and collect information to provide customized ads.
Others
Other uncategorized cookies are those that are being analyzed and have not been classified into a category as yet.
SAVE & ACCEPT